‘Hustling for the Hustlers’: Meet the Woman Uplifting Innovative Talent in Sterling Heights

This story is part of a series profiling entrepreneurs and leaders in business, design, technology, manufacturing, and more, in the Sterling Heights Innovation District. With the support of the City of Sterling Heights, we capture the stories of what it means to be an innovator in today’s climate, the challenges and triumphs involved, and what the future looks like. 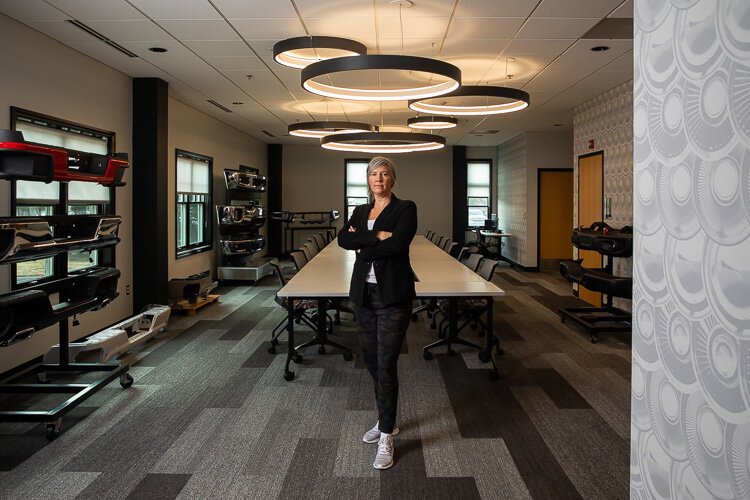 During the pandemic, April Boyle did what many people did. She took a long look at her life.

After 10 years as founder and executive director of Build Institute, which helped launch hundreds of small businesses and nonprofits in Detroit (itself a spin-off of D:Hive, which Boyle also co-founded to promote opportunities and entrepreneurship in the city), she realized something.

“I enjoyed building the thing, not running the thing. It took me a minute to figure that out,” says Boyle, who decided it was time to let someone else lead Build while she looked to build something somewhere else. (Editor’s note: April Boyle is married to Brian Boyle, co-CEO of Issue Media Group, which publishes Metromode.)

That something came last fall when she got a call from Luke Bonner, senior economic development advisor for the City of Sterling Heights. As Boyle recalls it, he said: “We’re looking for someone to ignite the entrepreneurial ecosystem in Macomb County with Velocity Center as the hub. We think you’d be a good fit.”

Today Boyle is five months into that position as senior advisor for Entrepreneurship and Innovation at Sterling Heights Economic Development at the Velocity Center, located within the city’s Innovation District.

According to its website, Velocity provides resources for entrepreneurs, from support to connections to programming with a special focus on technology development in manufacturing and robotics as they relate to the region.

Bonner, who oversees Velocity, shared via email that they desperately needed an experienced leader, “someone who could develop a framework for success and who knew how to eventually put the right pieces together.”

Boyle was a natural given her success with Detroit entrepreneurs as was the fact that she’s a sought-after speaker, says Bonner. Her self-starter, grassroots approach seemed also a good fit. Calling the founders and startups in Macomb County “do-it-your-selfers” who rely on their own “blood, sweat, and tears and personal networks,” Bonner liked that Boyle “hustled to help the hustler.”

Says Boyle, 48: “It fit with my skill set yet was different enough that I’d be challenged and could bring an interesting perspective.” She liked that there was some history to the program but also was a reboot. “I liked that start-up aspect.”

While she’s still “listening and learning” and in the midst of strategic planning, Boyle admits it’s a change from Detroit. “I haven’t worked in a suburban community before. All my work’s been in an urban setting. There’s a learning curve.”

In her five-month immersion so far she’s learned a lot. That Sterling Heights is Detroit’s second-largest suburb and the state’s fourth-largest city. That while it’s well known for automotive, aerospace, and defense industries it’s got a robust retail and restaurant community. 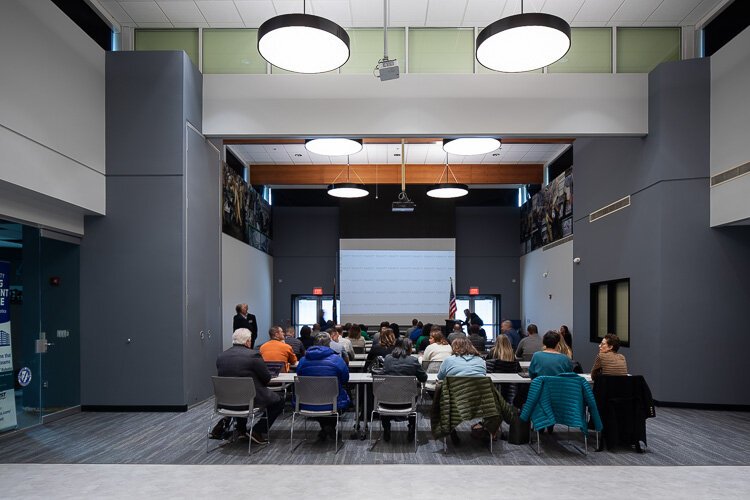 Since COVID-19, Macomb County has had a 36 percent increase in new business applications, she says. “I think that’s a perfect opportunity for us to create the conditions for those companies to survive and thrive.”

Once Velocity is fully up to speed, Boyle envisions a hive of activity across their 38,000 square feet, including The Element, a co-working space for up to 30 people and where she’s currently posted. They have office suites and spaces for events, classes, training, and meetings.

She sees a typical day abuzz with workshops, fireside chats, pitch competitions, lunch and learns plus mentorship and access to coaching and experts. 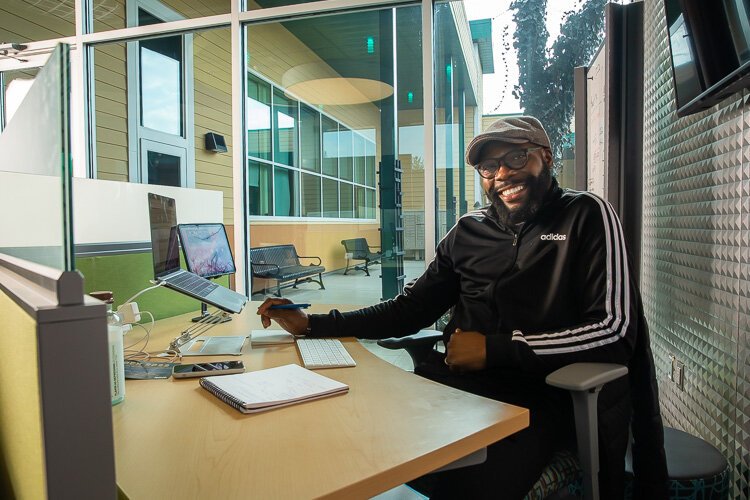 Chinaka Njoku was searching for a base from which to launch his tech start up, TASEN Inc., and found support and a home at Velocity, Sterling Heights.

One goal is to attract young people because Macomb County is an aging community, she says. “It’s important to a talent retention strategy. Making sure young people know they can start a business here, that there’s support for them here.”

And it need not be in automotive, defense, or aerospace, she assures. “We’re kind of sector agnostic. We want to diversify the economy. We’re open.”

At the moment she’s preparing to launch an executive-in-residence program to offer entrepreneurs a kind of one-on-one coaching session with a business veteran.

“That will give them a quick analysis, like, what is your biggest pain point?” she says. The free session includes a list of targeted funding resources. And, because they are a designated SmartZone of the Michigan Economic Development Corporation (MEDC), Boyle says they will have access to those loans and other services.

“We’ll be sort of a center of gravity for all things entrepreneur in Macomb County. You need help navigating all of that.” 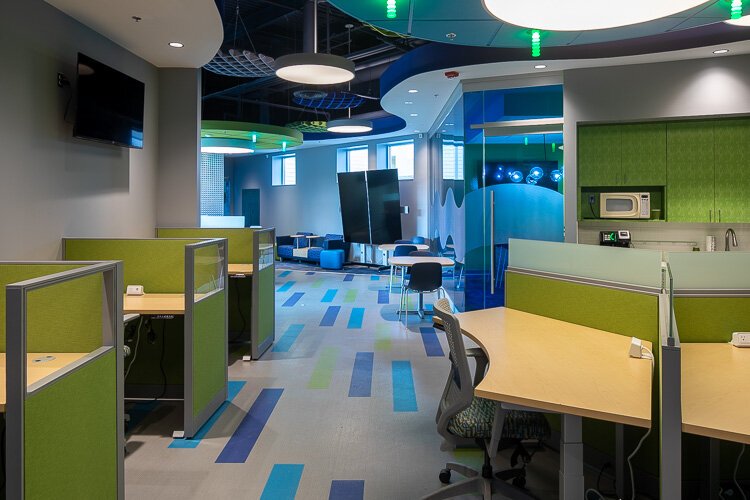 If there’s one thing Boyle likes to talk about it’s what it takes to be an entrepreneur.

“I see the empowerment that entrepreneurship can bring both financially and individually,” she says. “It’s not for everybody and that’s okay but having the opportunity and ability to try in a safe space is really important.”

Boyle, who lives in Pleasant Ridge, learned much of what guides her growing up in Detroit, where she was raised by a working mother and entrepreneur stepfather. “It was very feast or famine. We were like riding high or very low,” she says. “It was inspiring in some ways, frustrating in others…. I saw a lot of perseverance.”

She also saw a lot of inequalities in the city which fed her social justice lens. “Just seeing so many creative, talented people without access to resources, education, networks,” she says. “Access to some of those key things can take these ideas to the next level.”

At Wayne State University, she majored in anthropology having no idea what she wanted to do but she loved learning about people, culture, and history and why things are the way they are. She says that’s served her today: “I don’t have this purely analytical business mind. It’s also on the creative side. And also has this more holistic view.” 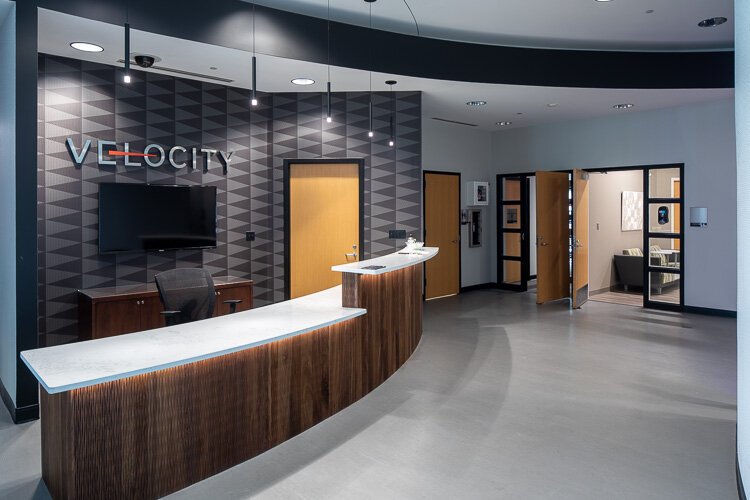 That balance of creative and strategic skills has made her thoughtful about risks, too. And she’s taken plenty, she says. “I’ve been a bit of a creative serial entrepreneur.”

Indeed, while Boyle was raising her three sons, now ages 15 to 23, with husband Brian (co-founder and co-CEO at Issue Media Group) she tried a variety of things: from teaching yoga and running an independent yoga business to creating kid-friendly music programming for families. She co-created Komodo Kitchen, a pop-up restaurant, and co-owned Gold Cash Gold in Detroit.

She was even the lead singer for the all-mom rock group The Mydols whose last show was opening for the B-52s at Motor City Casino in 2012, the same year she started Build. “I learned a lot about business through those endeavors,” she says.

Now she hopes Velocity will draw people looking to explore. “Maybe you want to be a better leader or better marketer or better boss,” she says. “They may not want to grow today, but let’s say in five years they say now I’m ready… You’ve just planted the seed.”

That’s where guidance is so important. “You don’t know what you don’t know,” says Boyle who feels entrepreneurship should be part of the school curriculum. “It’s a life skill everyone could have access to. Things are changing rapidly and you have to be a lifelong learner, be willing to change with the times.”

Confidence is a big obstacle, she says. “That comes with trying. You just have to start. You’re not going to have all the answers and you never will.”

She says the trick is being comfortable with the unknown. “You do it anyway and that’s how the confidence builds. You realize you didn’t die or lose your home. You got a little stronger and then you figure out the next best step.”

She says some kind of basic business plan is also necessary. “Just putting down some thoughts around what it takes to run and start a business. It’s not just: I have a delicious cupcake. It’s how am I going to package it? Who’s going to buy it? How am I going to collect the money? Can I do all this myself? Or am I going to have to outsource it? It’s good to know upfront if you don’t have it in you.” 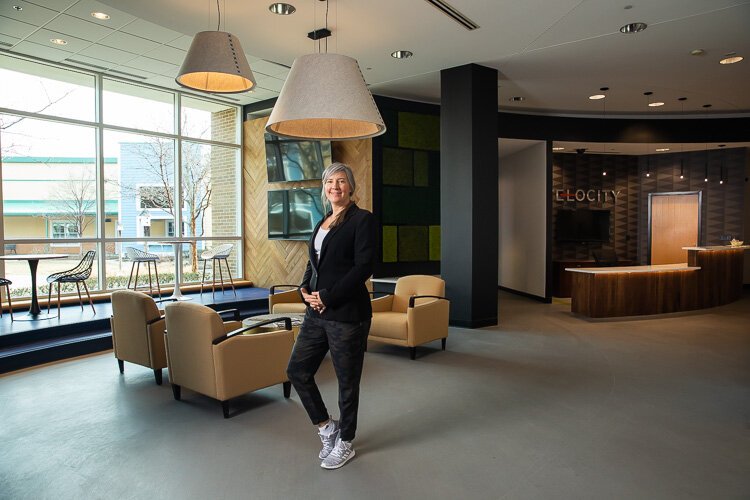 She wants people to know failure is part of the process. “I always joke it’s definitely more of an art than a science. There’s no set formula and it’s a different path for every single person based on their experience, risk tolerance, life situation, what the market will bear.”

It can be a very lonely endeavor, admits Boyle. “You need to have people around you who get it.”

Looking to the future, Boyle sees lots of potential, especially in automotive with the transition to electric cars and mobility.

“Manufacturing is really changing. It’s not the way we used to think about it,” she says, referring to today’s advanced technology, robots, and artificial intelligence. “I hope we can be a part of that. We’ll have trained our next-generation workforce to be able to take us into the future.”

Already Boyle is imagining ways to put a fresh spin on manufacturing. “It really has evolved,” she says. “How do we make that sexy again? How do we get more young people thinking about that as a career?”

And Boyle is just getting started.

All photos by David Lewinski.